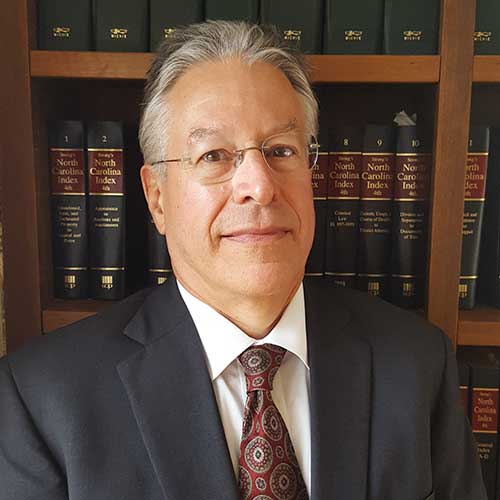 Sean Devereux has practiced law in Asheville since 1978. He has tried cases across the criminal law spectrum from bear-baiting to capital murder and antitrust violations. In recent years, Mr. Devereux’s practice has been concentrated in the area of white collar criminal law. His clients have included several banks; a real estate consulting, investment and private lending company; executives of a building contractor involved in a federal bid-rigging investigation; executives of two separate manufacturing corporations – one American and one Finnish – which were the subject in a federal anti-trust inquires; a farming conglomerate accused of $9 million in federal crop insurance fraud; and various real estate developers, investors and appraisers. Many of these matters have been resolved without criminal indictment.

Mr. Devereux has also been called upon to represent a number of public officials. In 2009, the firm appeared in Superior Court for the Sheriff of Lincoln County, who was charged with obstruction of justice. All charges were ultimately dismissed, as was a civil suit to remove the sheriff from office. Mr. Devereux presently represents another Western North Carolina sheriff being investigated in connection with video poker violations. The firm has also made a practice of providing legal services to various professionals – physicians; nurses; attorneys; law enforcement officers who – find themselves accused of criminal or administrative law violations.

Mr. Devereux’s father came to America from County Wexford, Ireland in 1928. He was a lifelong storyteller. Mr. Devereux’s mother was a schoolteacher and, at age 90, remains a student of literature. At Duke University, Mr. Devereux himself won the Anne Flexner Award for Fiction Writing. Sean Devereux believes in listening to clients’ stories and re-telling those stories in the courtroom. Mr. Devereux brings imagination; a love of language; and an appreciation for human resilience as well as human frailty to all of his work as a lawyer, both inside and outside of the courtroom.